Did you know that you can tell Google to search for synonyms? Or to look for a number between a given range?
In this post, I’ll show you how to make your Google queries much more accurate. You only need to know the special notation that Google understands and use it in each situation!

Let’s begin by explaining what happens with a normal query, without any special character.

– First of all, when entering a query, the order in which you enter the different terms matters. It affects both the order of the search results and the pages it will show. For example, it favors results that have your search terms near each other, and gives higher priority to pages that contain your terms with the same order of your query.

– It is not case-sensitive.

– Apostrophes are noticed: a term with an apostrophe doesn’t match the term without it.

Google finds pages that contain both terms: cheap and bicycles. Moreover, due to the automatic stemming feature, it will also find pages containing cheap bicycle or cheap bicyclist, and any other bicycle variant.

However, if your query consists of a single term, the results will contain that term without variants.

– Avoid making questions in your queries, like how long does it take to learn python? These extra words to write a question, like how long or take, might not be in a page that contains the answer you want. So try to write your queries as simple as possible 😉

– Stop Words: some words are so common that Google 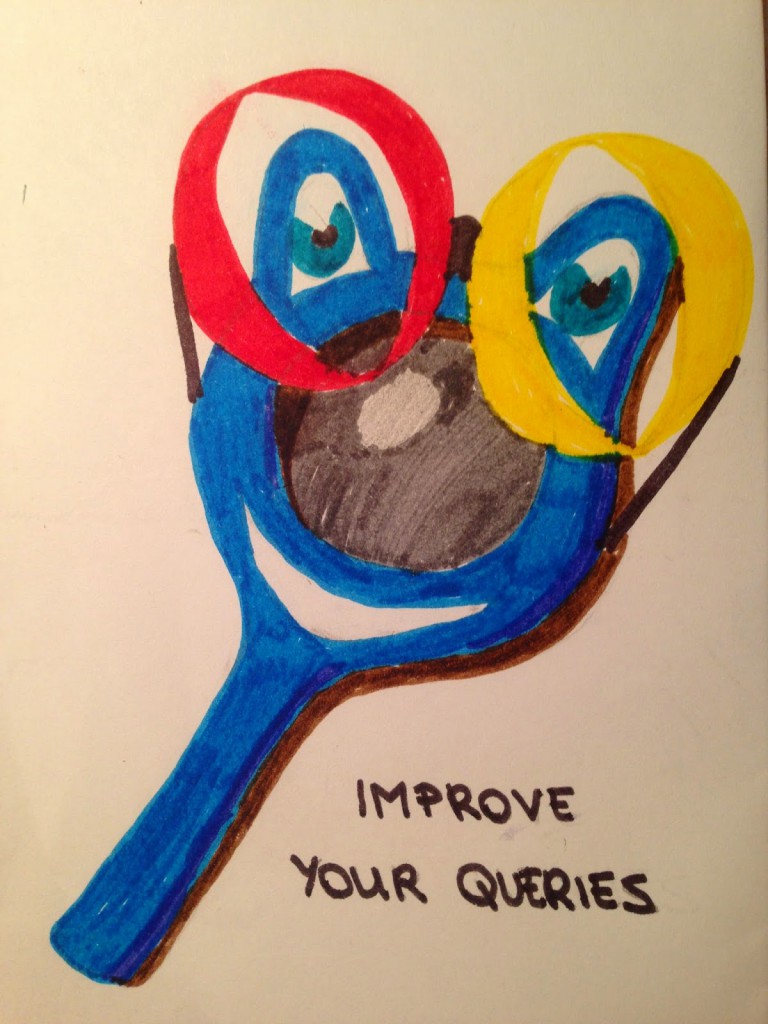 ignores them (these words are named Stop words). For example, the query

is equivalent to cheap bicycles cars, as the term and is ignored by Google. Some of these words are: the, on, how, de and la.

The OR operator: OR or |

Use this operator when you want to perform a query containing one term or another or both of them. For example, these two queries are equivalent:

Use this operator when you don’t want a term in your results. For example:

will look for pages containing django but without unchained and Reinhardt. The results obtained are more likely to refer to Django, the Python web framework.

This symbol indicates Google to look for results containing the term or one of its synonyms. It also searches for the term with alternative endings. For example:

will match run, running, or marathon. And:

will match Python guide as well as Python tutorial.

If you want to search for a page that contains exactly your phrase, with the terms in that specific order, you have to put that phrase using “”. For example, the query

Tip: use quotes when you want a stop word in your searches, like “the” apple.

Quoted phrase with a wildcard: The * operator

Inside a quoted phrase, you can use the wildcard * to match any (or more than one) word. For example

If you are looking for a numerical result, but you’re not sure about the value, you can make a Google query like the following:

which will search for pages containing the word restaurant and a number between $10 and $30. Also

Now you can make more accurate queries and find what you’re looking for quicker!