In this part of the tutorial, we’re going to start writing the Models of the main app of the TaskBuster project: the TaskManager app.

First, we’re going to look and understand the model structure of this app through an UML diagram. Defining this type of diagrams is very important, as it not only serves as documentation, but also helps to have a clear structure of how you want your models to behave.

Next, we will create the first model, which will be related to the User model through a OneToOne relationship. Moreover, you’ll also learn about signals, custom attributes for your models, the Django Admin interface, and as usual, tests 🙂

The outline of this part is:

UML Diagram of the TaskManager app

When creating an app, it’s very important to have a clear structure of your database and models. One way to show or develop your models is using UML diagrams (where UML stands for Unified Modeling Language).

Here’s the diagram of what we are going to do: 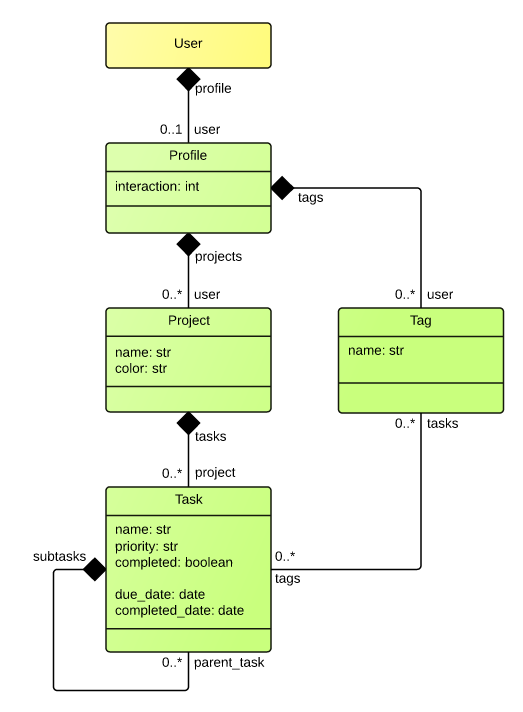 This model is going to be the top level model of our app. Each user will have its own profile instance, and all the projects, tags and tasks, will be somehow connected to this profile. 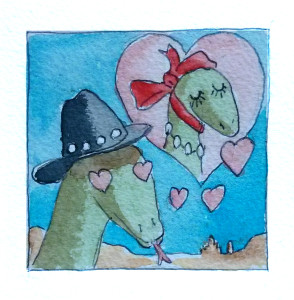 These two models represent two different ways to organize our tasks. They both have a name attribute, and the project model also has a color attribute (which will be a string representing a hex color value).

This is the main model of our app. Its properties are:

And the relation with the other models are:

Usually, a project has multiple apps, each of them provides a specific functionality. To maintain your project with a clean structure, you can place all these apps inside a common folder, named apps.

Open your terminal and go to the top folder of your project (where the manage.py file resides). From there, you can crete this folder and make it a package with:

Next, we are going to create our fist app, called taskmanager:

This will create a folder with the following files inside:

Moreover, we’re going to create the following files inside this folder: urls.py and managers.py

Finally, we need to add our app into the settings/base.py file:

Now we’re ready to edit the models.py file and create our models. I recommend that for each model, you define the attributes and methods in this order:

this way, it’s easier to read the different attributes and methods, specially if someone else reads our code 😉 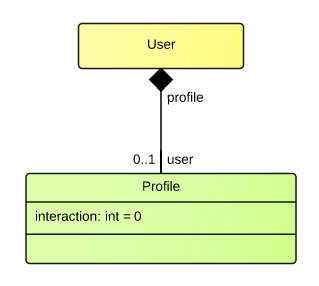 First, we’re going to write the Profile model. As mentioned before, this model is going to be the top model of our app: it will be related to a specific user, and all the tasks, tags and projects will be somehow related to this profile.

So we need to define:

In the models.py file, write the following:

Let’s take a look at this code:

Great! Now that we have our model defined, let’s apply these changes to the database. Go back to the root folder, which contains the manage.py file and run:

Yeah, we’re missing our tests… don’t worry, that’s what we’ll do next! 😉

Django Signals: create a Profile instance when a new user is created

As we’ve said before, each User is going to have a Profile instance. How are we going to handle the creation of a profile every time a new user registers to our app?

Well, that’s easy, we’re going to use Django signals so that when a new user is registered, it will trigger a function that creates a new profile instance.

But before we proceed, let’s write a test for this behavior. In the taskbuster/apps/taskmanager/test.py file write the following:

Note that we’re using the function  get_user_model to get the User Model. Again, this is because sometimes we define custom user models, and this functions returns our custom User model if exists, or the Django default otherwise.

Run this test with:

And you’ll see the following error:

as expected. No profile is created when a new user is registered.

To solve this, we’re going to define a Django signal. Just below the definition of the Profile Model, write the following:

Note: it’s very important that signals are read at the beginning of a Django app. That’s why we place them in the same models.py file. If you have many signals and want to place them into a separate file, that’s fine, but import that file (all your signals) at some point in your models.py file.

So we’re defined a signal for the User model, that is triggered every time a User instance is saved.

The arguments used in the create_profile_for_new_user  are:

Note: this arguments might be different depending on the specific signal you’re creating. Remember that in this case, we are dealing with a post_save signal. For more information about signals and their arguments, check the official docs.

Now you’ll be ready to understand what’s this signal doing. It checks if a new instance of the User model has been created, and if true, it creates a Profile instance using the new user instance.

A Note on Signals: Don’t abuse them! If your code is full of signals that control and modify the behavior of your models, it can be difficult to understand for someone reading your code (and also to maintain by yourself!) If possible, use a custom save method (we’ll see them shortly).

The Django Admin for the Profile Model

Finally, we’re going to configure the Admin so that we can manage our Profile instances from there.

Edit the admin.py file inside the taskmanager app and write:

If you click on that link, you’ll see the following (see image below). I already created a Profile instance so that the list is not empty 🙂 go ahead and create one for yourself!

That’s what we have done in the admin.py file:

Great! That’s all for this part!

In the next part we’re going to define the Project Model, which has a Foreign Key relationship with the profile model: Part X – Model creation, ForeignKey relations, testing and the Django Admin.